IAOA has established an award of honorary fellowships in order to recognize distinguished scholars in the field of applied ontology. IAOA Fellows have contributed significantly and in a sustained manner to the field of applied ontology, for example by outstanding scientific achievements, which often goes hand-in-hand with their strong dedication and service to the community.

The remainder of this page briefly portraits the individual Fellows.

The first – and up to April 2019 still the only – IAOA Fellowship was awarded on September 24, 2014 to Nicola Guarino [1], over many years the head of the Laboratory of Applied Ontology (LOA) [2] in Trento, Italy, a group within the Italian National Research Council. 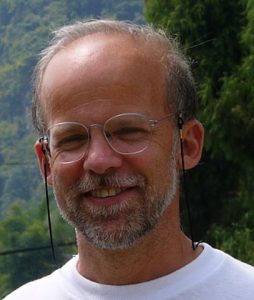 Notwithstanding the fact that any development is embedded in a certain context, there can be no doubt that Nicola is one of the scholars who contributed most to the birth, rise and consolidation of the field of applied ontology as such, as well as of its community. Back in 1998, he initiated and organized the first International Conference on Formal Ontology in Information Systems (FOIS) in Trento, which marked the beginning of a new research area. Since then, the FOIS conferences [3] have evolved into a recognized, biennial series of scientific events, held on four continents so far.

In 2004 he and Mark Musen [4] (Stanford University, USA) launched Applied Ontology – An Interdisciplinary Journal of Ontological Analysis and Conceptual Modeling [5], again the first in this domain and now the flagship journal of the applied ontology community. Meanwhile, the journal is indexed by all major bibliographic services. Nicola served as one of two Editors-in-Chief from 2004 to the end of 2016.

Nevertheless, he had some resources left to not only contribute to founding IAOA [7], the International Association for Ontology and its Applications, in 2009 (at the time located in Trento, Italy), but to further serve as IAOA President from its beginnings until (including) 2012. It appears hardly possible to overrate uncounted hours of honorary work in establishing a scientific organization of international rank from scratch.

Nicola’s scientific success does not stand behind his achievements in community formation and service – indeed, his research occurred first and prepared the ground for the latter. An original background in engineering in combination with his analytic and philosophical interest let and lets him always seek approaches and solutions that do not leave practical and pragmatic aspects out of sight, but which nevertheless aim at resting on a solid theoretical basis. In this spirit, Nicola has been playing a pioneering and then leading role in ontology ever since the late 1980s and early 1990s, developing a strongly interdisciplinary approach that combines computer science, philosophy, and linguistics. His impact is testified by a long list of widely cited papers [8] as well as numerous keynote talks and tutorials at major conferences. Frequently, those events are actually targeting different communities and fields, but with an intersection with applied ontology, such as conceptual modeling, information sciences, computational linguistics and artificial intelligence.

Some key results that he (co-)produced and major notions that he coined (selected with no claim of completeness nor optimality of the choice), comprise definitions of ontology [9], ontological commitment [9] and the ontological level [10,11], also in relation to formal logical languages; the OntoClean methodology [12], and the Descriptive Ontology of Linguistic and Cognitive Engineering (DOLCE) [13,14]. Furthermore, Nicola’s work and person have been influential on many others. This certainly applies to colleagues in Trento that have worked with him over many years, including Stefano Borgo, Roberta Ferrario, Claudio Masolo, and Laure Vieu, to name a few. It is also apposite for scientific offspring of Nicola (and the LOA), such as Giancarlo Guizzardi, who – as of April 2019 – himself and jointly with Nicola continues and advances work on ontology-driven conceptual modeling [15,16] very successfully.

A few final words may suffice to stress that Nicola is not only constant and faithful with respect to the attractive geographic region that he lives in. In addition, many collaborators have come to appreciate his open-mindedness, his interest, involvement and devotion in scientific exchange, and the combination with a balancing attitude that respects and tries to integrate multiple views on a subject or problem – in order to find solutions that account for various facets, rather than imposing a singular stance.